I just got back from our 2015 SARA retreat at the gorgeous Ratna Ling Retreat Center; what a wonderful, inspiring and relaxing time! We offered on-site daily yoga classes to our participants … but wow, did I miss my dog Mystic! If only there were some way to combine yoga and dogs … 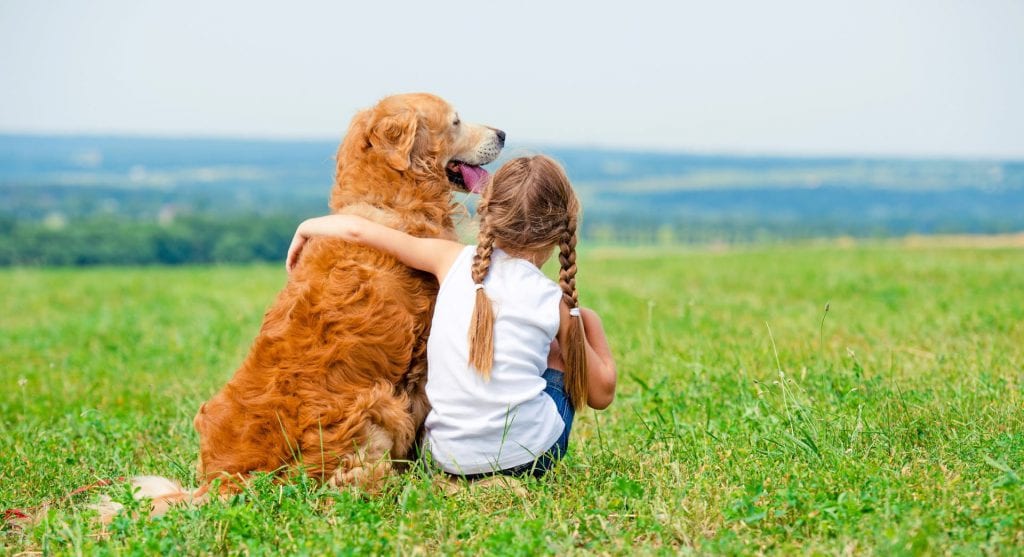 Every time I see a black-and-white sheltie dog, I think of my first dog Muffett. She was the best! We did everything together as kids. But we didn’t just play together. Looking back, I realize now that she was an amazing teacher who also taught me many important life lessons. I just didn’t know it at the time! (When learning is fun, you don’t even see it happening.) And now with my own daughter, Indigo, I can see her, too, starting to draw important lessons from spending time with our dog and horses. I’ve come to believe that animals truly are influential teachers for children—and I wish every child had the opportunity to grow up alongside an animal. Here are three key life lessons kids learn from spending time with animals—either their own dog or cat, or by spending time with homeless animals at a shelter or in a classroom setting … 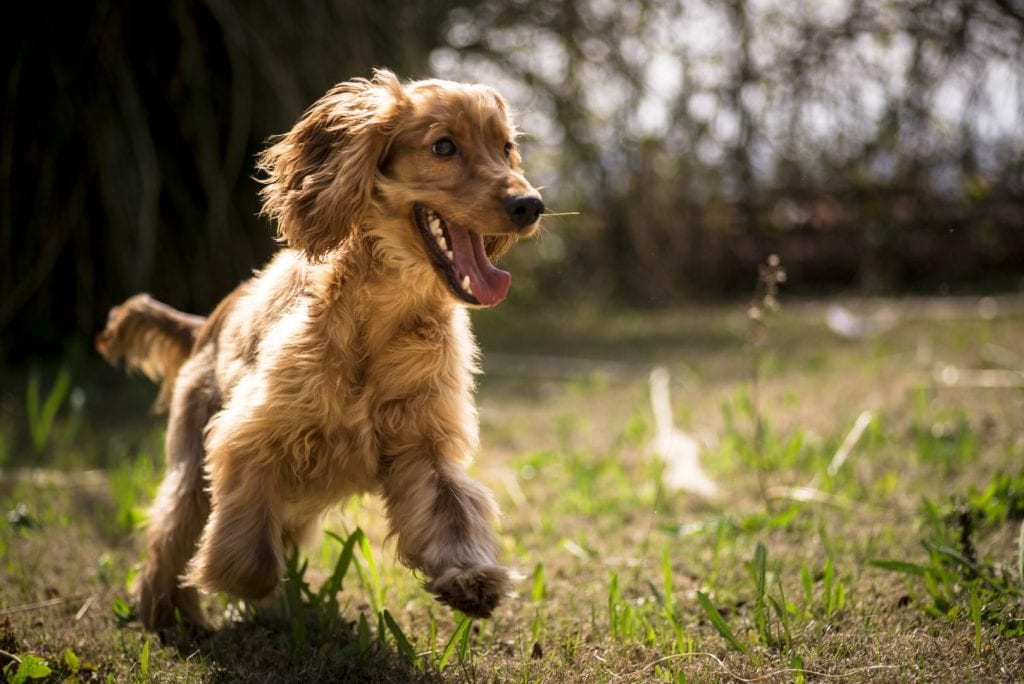 Happy Earth Day! What are your plans for tomorrow? I would like to remember the animals this Earth Day, so that inspired me to put together this list of 10 simple things we can do tomorrow (and year-round!) to help our planet’s animals. Read on for my ideas, in addition to a special Earth Day Meditation … 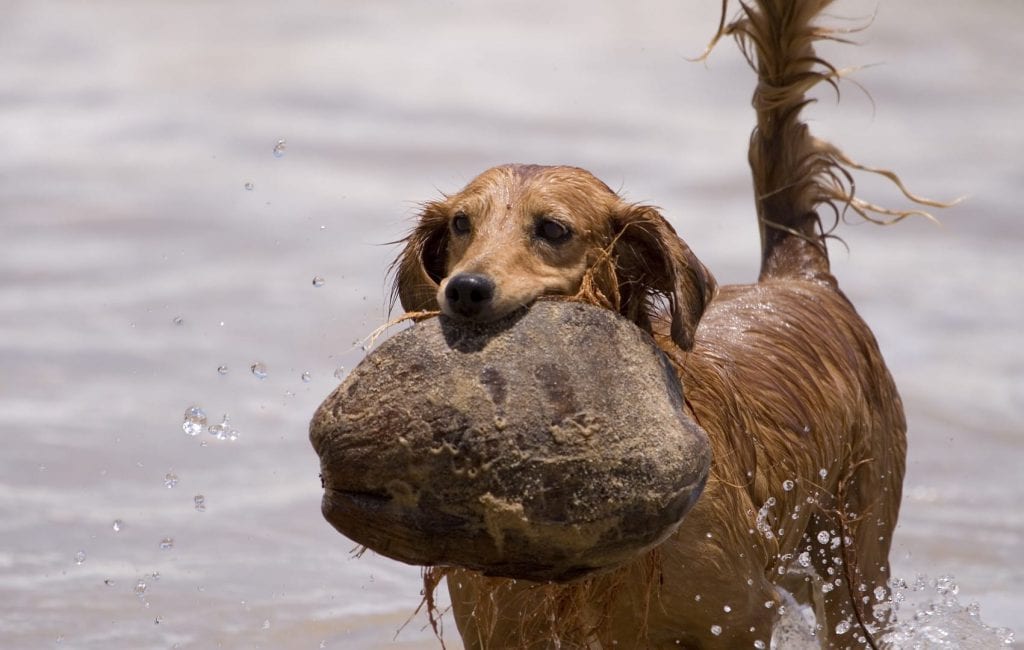 I’m all for superfoods—you know, healthy ingredients high in nutrients that give your immune system and well-being that extra oomph. Kale, broccoli, quinoa: bring it on! But did you know, there are also a bunch of superfoods you can safely feed to your dog or cat? Next time I’m snacking, I won’t feel so guilty sharing a bite or two with my dog Mystic. Here are a few animal-friendly superfoods I’ve come across in my research … 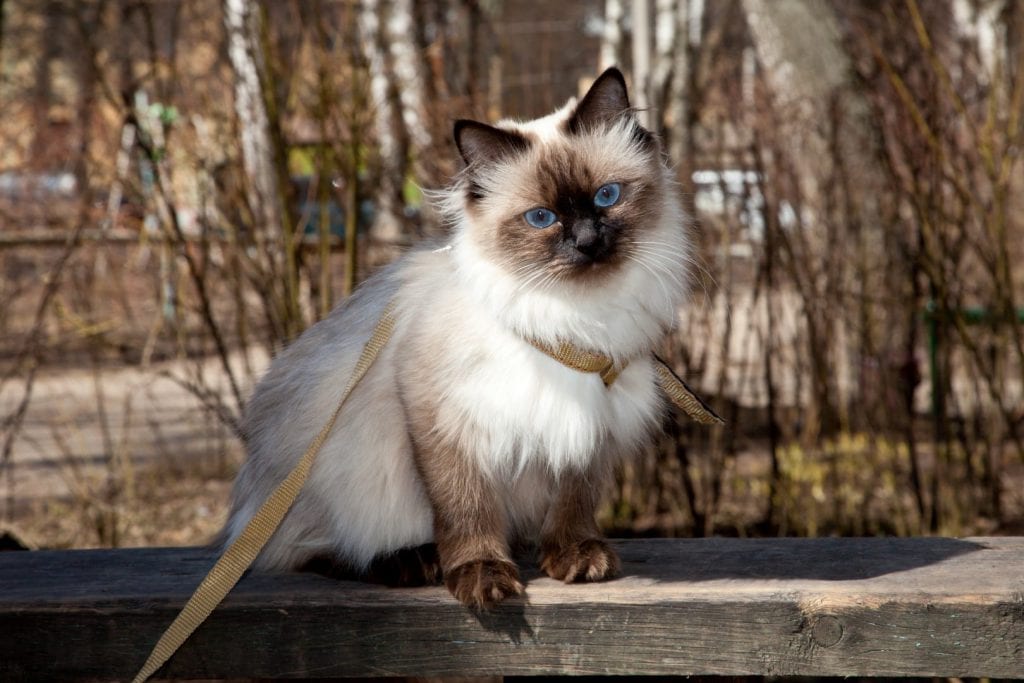 Despite some of the bad press surrounding ESAs (did you hear about the woman who caused a stir by bringing her therapy kangaroo into a McDonald’s in Wisconsin?), as animal lovers, we know how strong that bond with our animals can be and that yes, being with our animal can calm us. And thanks to the U.S. Department of Transportation’s Air Carrier Access Act, ESAs, like traditional service dogs, are allowed in airline cabins. (By law, ESAs are also allowed in apartments that typically turn away pets.) The law does allow for common sense to prevail, however, so if you plan on taking a hyper goat or a 500-pound pig into the economy section on your next flight, the airline will probably turn you both away.

Though ESAs have been “on the books” for several years, more people today—not just celebrities—are signing their animals up as ESAs than ever before. 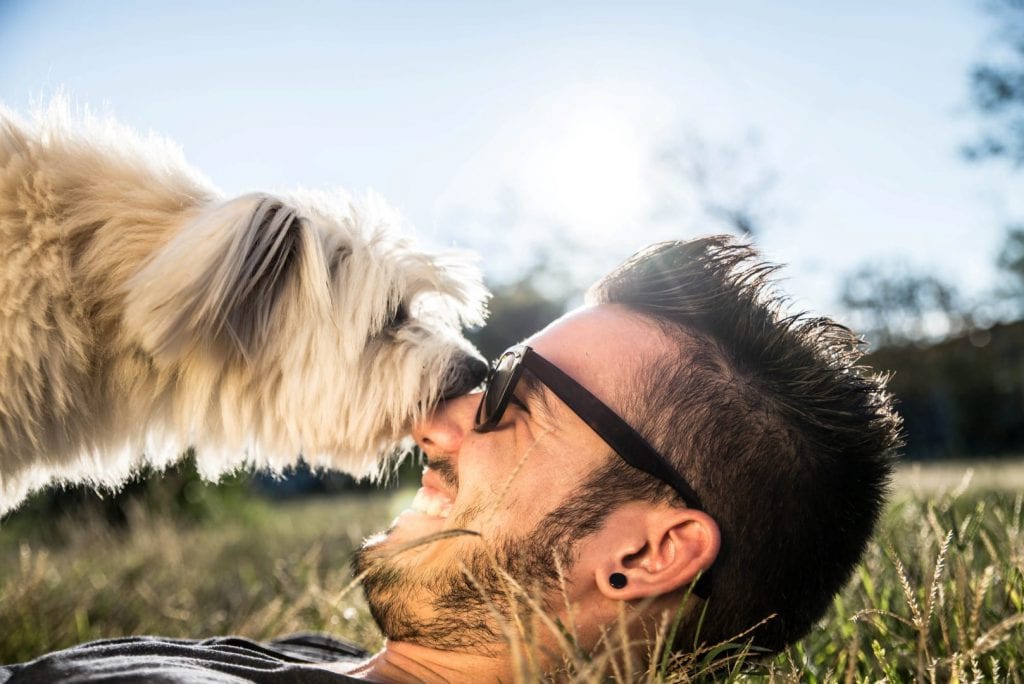 Animals can’t talk, but they sure do convey pretty much everything they need to say, don’t they? This includes our animals showing their deep love for us. Mystic, my rescue dog, for instance, shows her love for me by wagging her whole body, including her tail—which wags like a giant helicopter propeller! This greeting is reserved for a very special few. She also just loves my daughter, Indigo (her human “sister”). When Indigo finishes an especially tasty snack, Mystic loves to lick all of the morsels and crumbs right off her face. Yep, we don’t need napkins over here! Mystic also loves snuggling on our laps during TV time and is fiercely protective of us. She doesn’t like strangers approaching the house, including the rowdy squirrel that lives in the redwood tree next to our living room window. She goes crazy every time he comes down to investigate; she’s so worried he’s going to crawl through the glass window and terrorize us all. (Maybe she knows something I don’t know?)

My sister Charlotte has a cat, and she reports her sweet Persian shows love in these special ways … 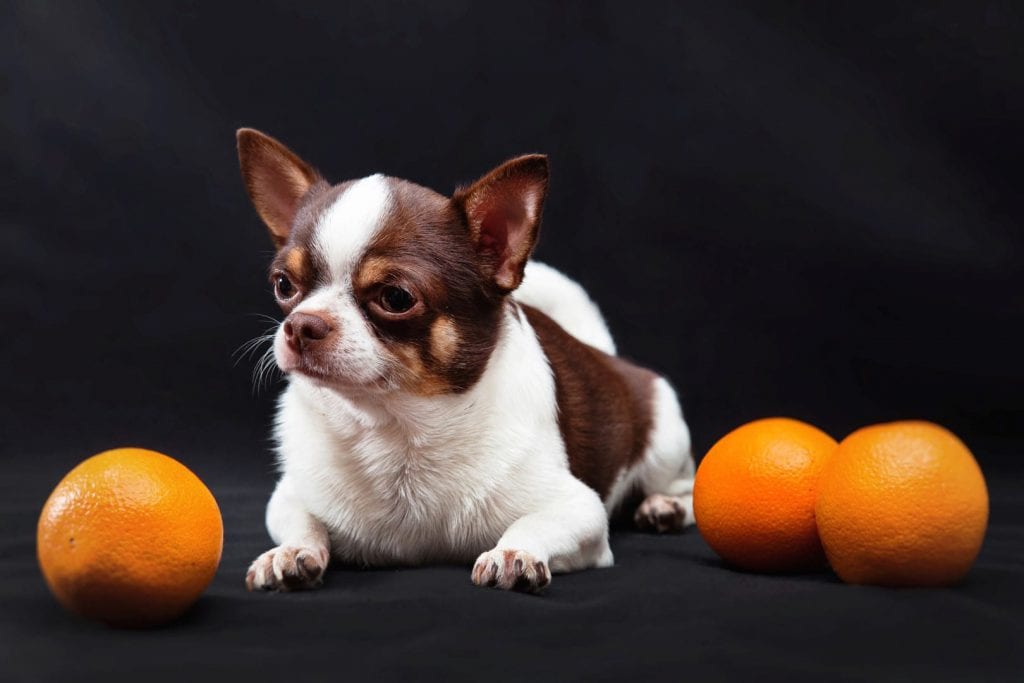 My life’s work literally is animal Reiki—coaching animal lovers worldwide on their journey toward peace and wellness. But Reiki is not the only natural treatment out there for our beloved animals. In fact, Reiki is a great complementary therapy to not only Western veterinary medicine, but also a whole host of holistic and natural options, including the three listed below. Tell me, have you given any of these a try? 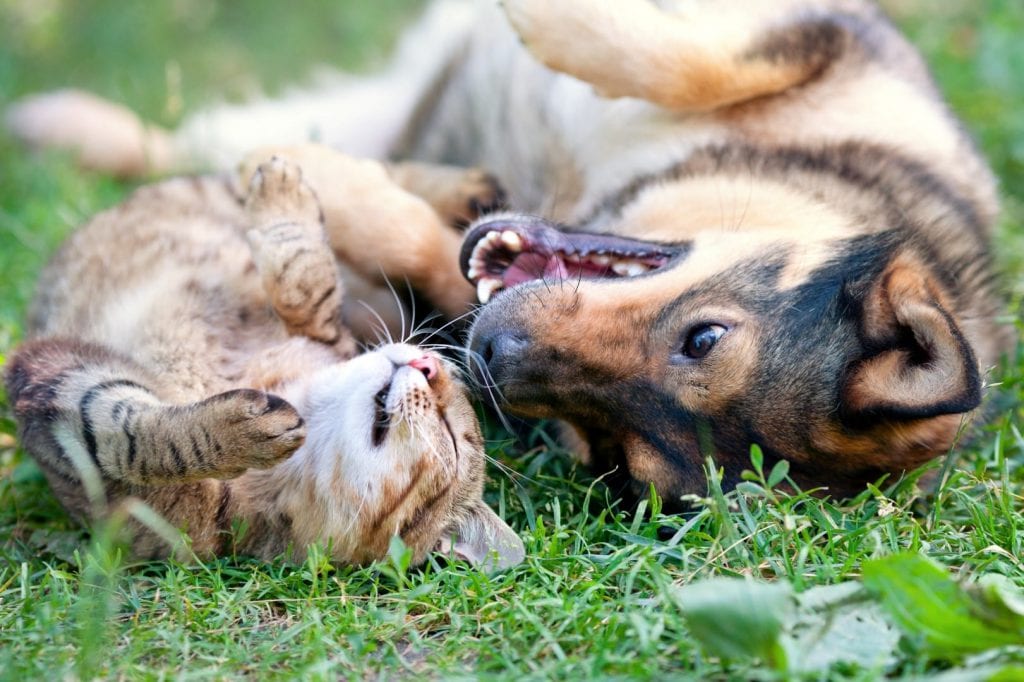 I can’t believe it’s almost 2015! Wishing you all a happy and healthy new year filled with many blessings. In addition to my family, friends and health, here are a few things I’m feeling gratitude for this sparkly evening …

1. I suppose it goes without saying, but I am immensely grateful for the animals I’ve encountered in my life and the ones that have walked gently by my side. Here’s a wonderful article from One Green Planet that lists 10 beautiful life lessons we can learn from animals. I agree with all of these lessons; #1 (compassion) and #3 (live for today), especially, are important elements of my Reiki work with animals. Read the full article here for all 10 life lessons … 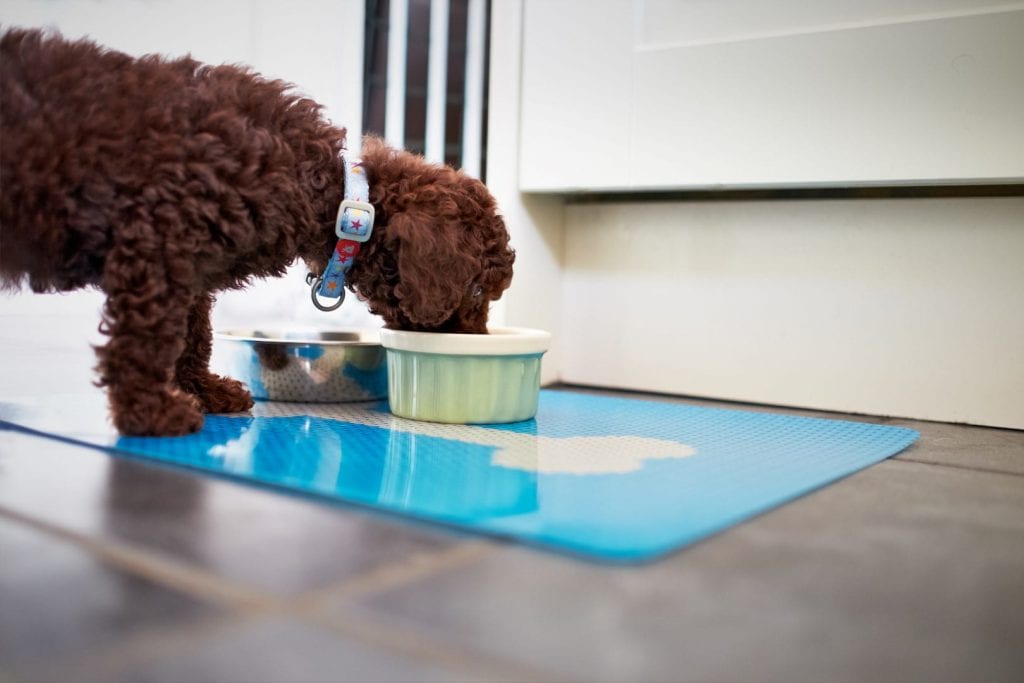 How do you feel about raw food for your dog or cat? Before I became a raw food believer, I was a little unsure. You hear so many negative things about it in the media—that it’s expensive, difficult to prepare, dangerous to humans and animals due to the risk of salmonella and other pathogens, that a lot of vets don’t recommend it and so on. But then, my beloved dog Dakota entered his golden years, and a host of medical issues began to creep up. Could changing his diet help? I liked the idea of switching him to a minimally processed food and was willing to try almost anything to improve his quality of life.

With a little trepidation, we decided to try My Natural K9 … 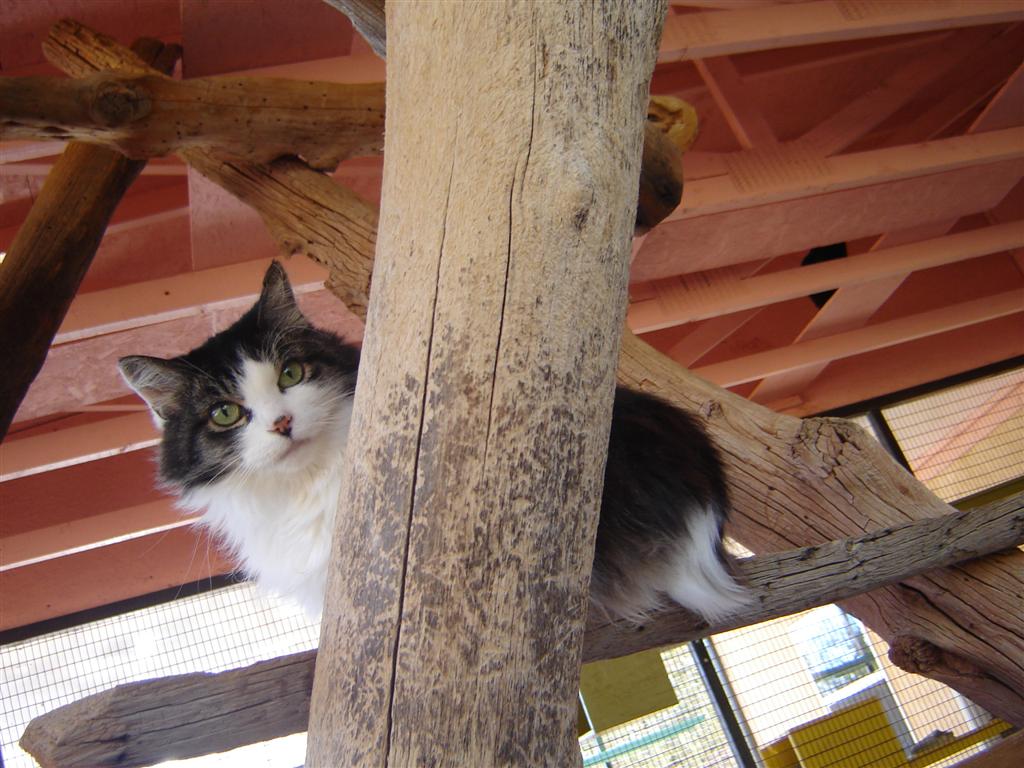 In 2010, Best Friends Animal Society invited me to teach Reiki to a team of their volunteers. I couldn’t wait to share Reiki with the animals. So Charlotte Jensen (my sister), Leah D’Ambrosio (my SARA co-founder) and I piled into a car and made the long desert drive from Vegas to beautiful Utah. We had so much fun! …